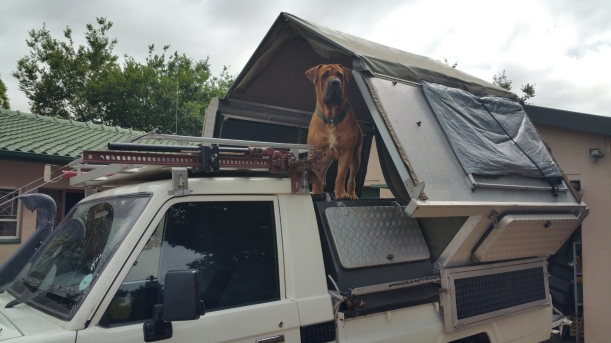 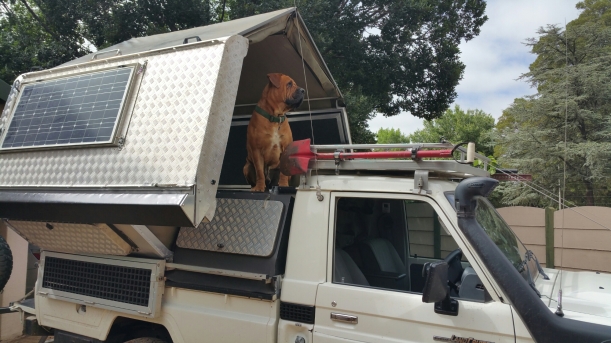 I recently damaged my propshaft on Hennops Trail .

I initially contacted Toyota for a quote on a new propshaft , and got the following price . This excluded fitment . 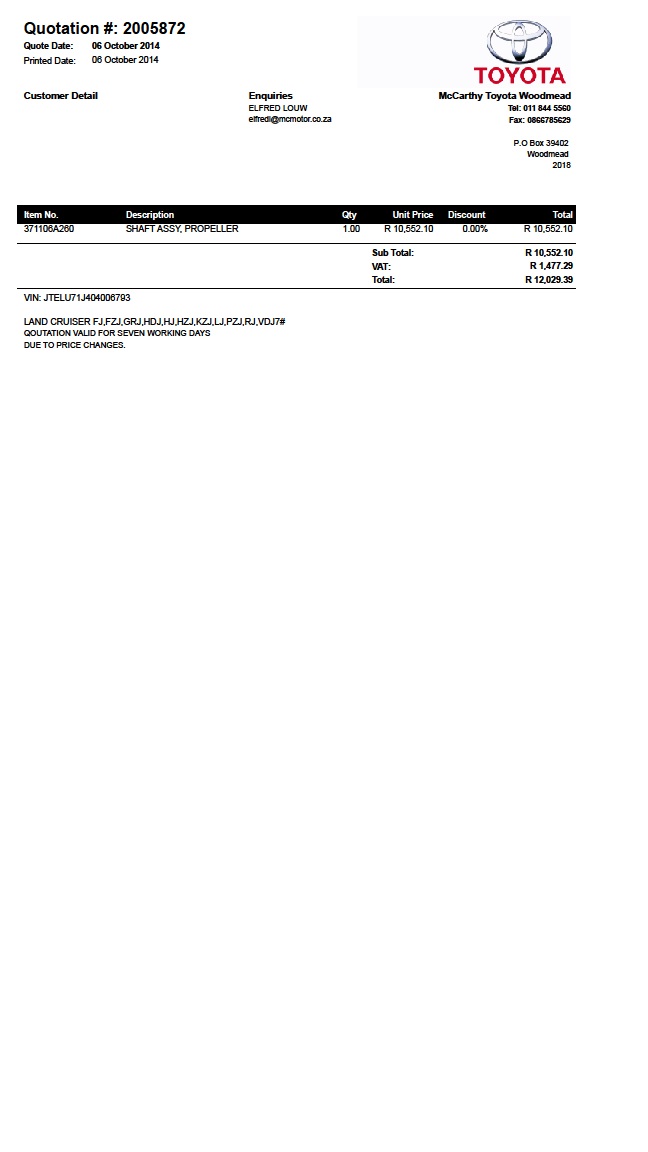 Thanks to a suggestion from Hennie Rautenbach , I went to Dalton Engineering in Pretoria and had it done for the following. This included fitment . 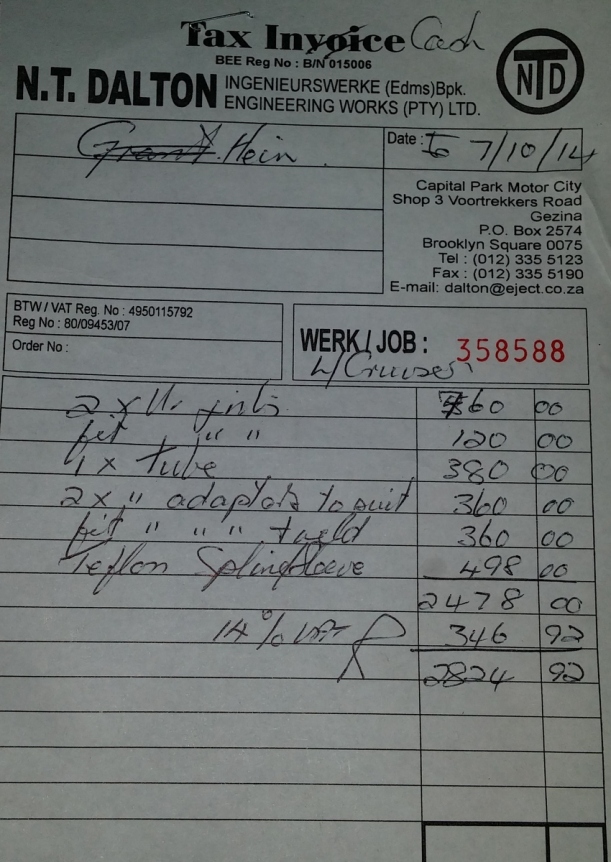 There was quite a lot of discussion recently on what the result would be of running 2 Ctek D250 chargers , as many people felt that one didn’t put enough charge into your batteries (they have a 20 A maximum) , and this input was further reduced if you had accessories like fridges running . In my case my charge would drop as low as 12 A if the fridges where running in turbo mode

So with a bit of help (and a loan unit) from Jacque at Bushpower if thought I would give it a try .

DISCLAIMER : Nothing here is based on any scientific fact , it is all my own work , and you might not get the same results with your setup .

I also did try a Ctek Smartpass first , but the alternator would only out put about 45 A for a short period (5 min) and then settle down to about 23 A . This though at least gave me the peace of mind to try the 2 charger set up , as the alternator obviously had enough capacity to do 40 A

First off I have 3 Optima Yellow Tops (225 AH in total), results might differ with other types of batteries . They are also very close to the chargers , with very short cables 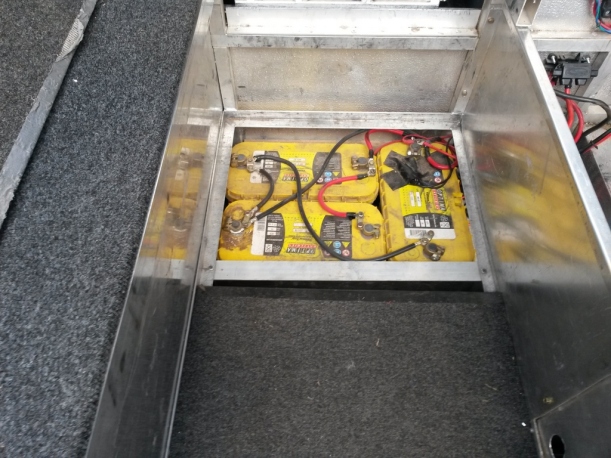 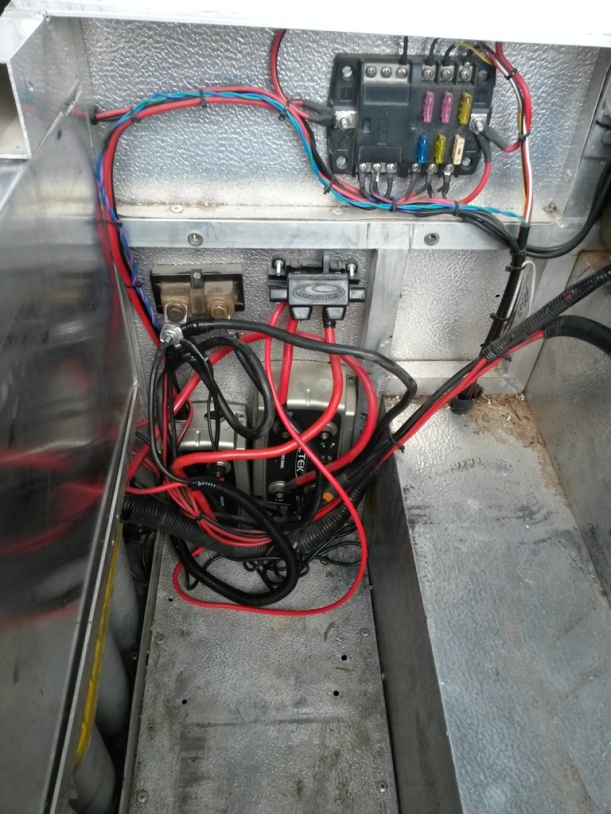 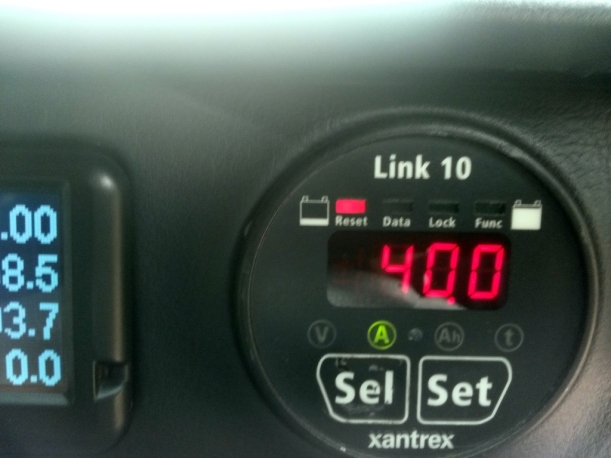 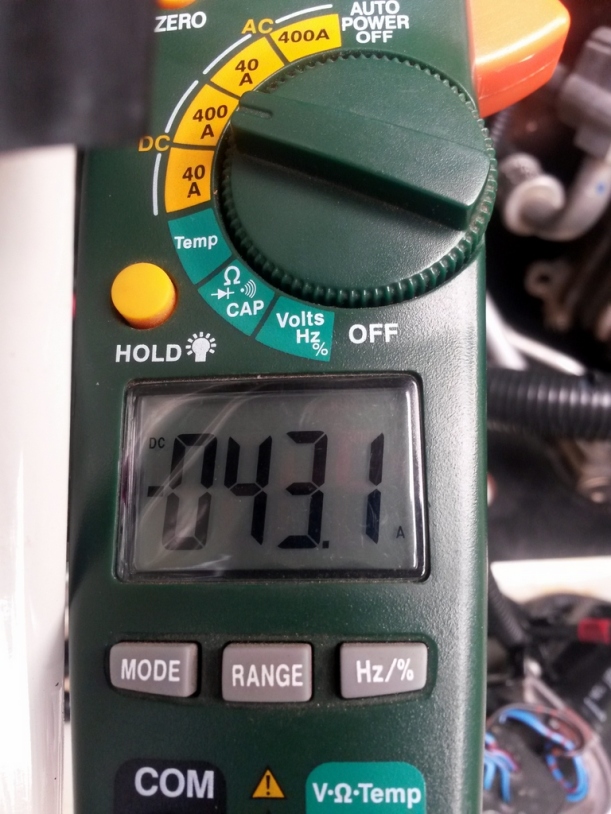 As you can see there wasn’t much loss over the cable , and the alternator didn’t have an excessive draw , as was speculated previously 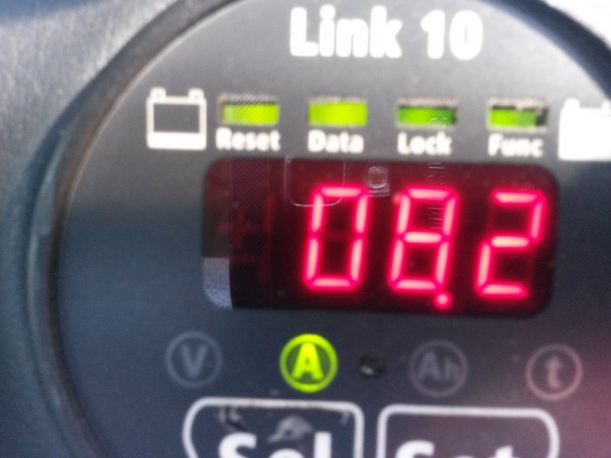 With the following draw on the alternator 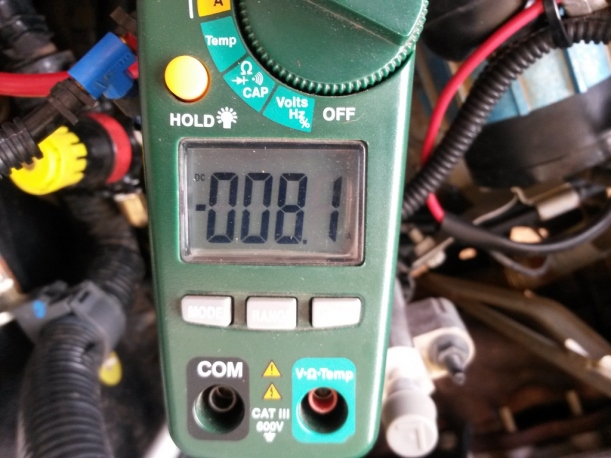 I then switched both fridges on , on turbo mode , they drew 8.5 A

As can be seen below , the charge into the batteries remained the same 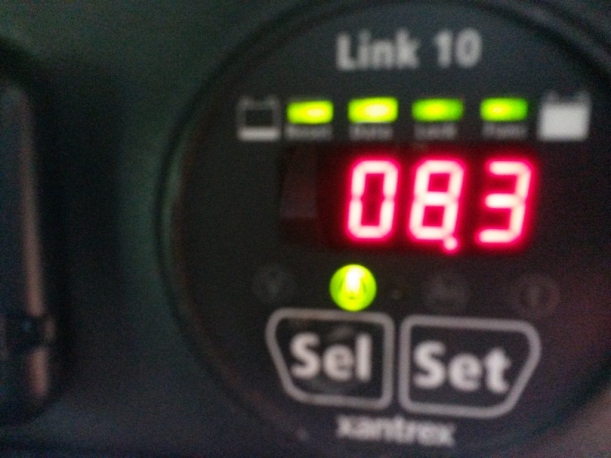 With a resultant increase in draw off the alternator 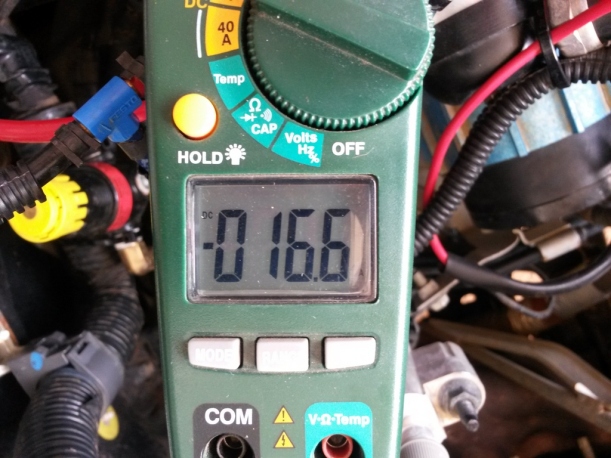 This might not be the cheapest setup , but IMHO I’m going to stick with it , as I will easily be able to maintain my batteries with just a few hours driving each day . YMMV 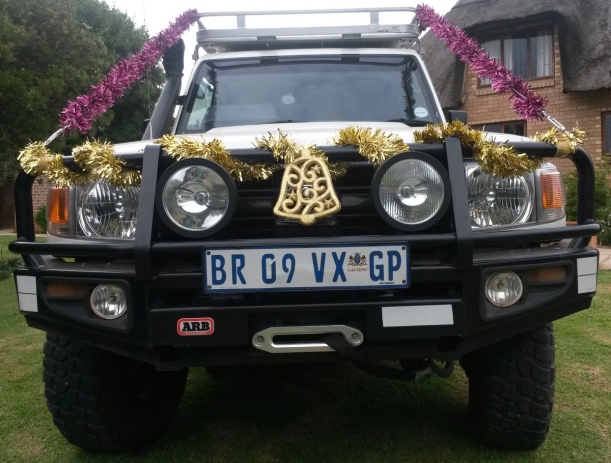 Thanks Zuma – keep up the good work