I though this was worth sharing

Please find below, a media release we have just sent out.

JOHANNESBURG – The article which appeared in the Times Newspaper today wherein Vusi Mona has explained how SANRAL plans to “punish eToll rebels” has reference.

It is very interesting to note the revelations contained in this report and to see that SANRAL has again chosen to resort to levelling threats of criminal prosecution in an attempt to intimidate motorists into complying with their prepaid model of eToll collection.

Previously, SANRAL claimed that 600 000 eTags had been sold, but now it is claiming that 100 000 less than their previous claims have in fact been sold. This must raise the question as to just how accurate any of their claims, including but not limited to the monthly financial prejudice citizens will incur actually are. Additionally, this is the first time that they have come clean with the proportions of whom these eTags have been sold to, with an alleged 300 000 of them having been sold to private individuals – which we assume means individuals and companies which are not State institutions.

According to eNaTIS, there are 3 799 750 registered in Gauteng as at 30 June 2013. SANRAL claims that around 2 500 000 of these use Gauteng’s eToll freeways on a daily/monthly basis, and therefore it is safe to assume that more than 2 million vehicles do not have eTags at this stage. This represents 80% of the vehicles on the road in Johannesburg and Tshwane not having eTags.

It has been stated by Vusi Mona and others that the Criminal Procedure Act will be used to prosecute eToll “rebels” and this is entirely possible – even with AARTO in effect in Johannesburg and Tshwane, by simply classifying all eToll violations as criminal offences. What seems to have been overlooked however is the fact that the National Prosecuting Authority does not prosecute one million criminal matters in total over the course of a year; let alone double that each month.

If it is SANRAL’s intention to bring a grinding halt to the South African criminal justice system, they are most certainly going the right way about achieving this. Clearly they would like all prosecutions for serious crimes to be side-lined in favour of criminalising people who choose to oppose their unjust eToll laws.

It is very easy to say how they will deal with eToll “rebels” in an attempt to scare them, but it is not so easy to carry out these threats. SANRAL engaging in such behaviour is despicable and such actions are additionally completely contrary to the “Batho Pele” principle which is supposed to be rooted and promoted in any political and legislative framework.

Website: www.jp-sa.org
Follow JPSA on Twitter
“Injustice anywhere is a threat to justice everywhere” – Martin Luther King
“All that is required for the triumph of evil is that good men and women do nothing ” – Edmund Burke
JPSA Head Office: Ground Floor, 500 Kyalami Boulevard, Kyalami Office Park, Kyalami, Midrand, 1684 – 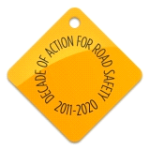