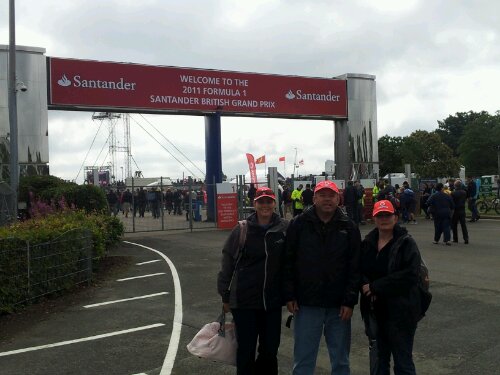 Left 45 mins later than planned, but due to some stunning driving by Mandy (which might get her arrested when the video is viewed) we made it in time to see the end of GP3 qualifying. The weather is also better so far with a dry track. F1 third practice next. Watch this space.

Practice went off without any rain. The cars were almost 20 secs quicker than yesterday which made it a lot louder 🙂

Qualifying went OK, with just a bit of rain, but McClaren didn’t do that we’ll despite all the local support 😦

Stayed for the GP2 race as well which was quite good