Bud and Cath Morris organised this trip as a valentine’s weekend, so if you’re expecting to read a hard core trip report, then you’re going to be disappointed.

I thought it would be a good shake down for Bo in any case so we decided to drive ourselves as opposed to going with Phillip Sprules as originally intended.

We left at about 3.30 in the morning ,destination Tembe Elephant Reserve , just north of Pongola

The initial going was very slow due to extremely thick fog and plenty of road works on the N17 . We stopped for breakfast at the Wimpy in Pongola and then headed on to Tembe , arriving just before lunch.

In the afternoon, we went for a game drive in the vehicles provided , but unfortunately didn’t see much . 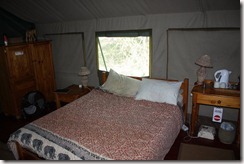 One of the lounges 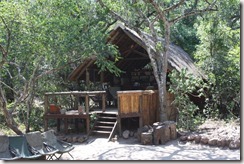 The most important building – the bar 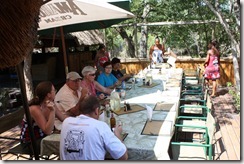 Got up early for another game drive . Had a lot more luck thus time and managed to see 4 lion , 2 rhino and some elephants around the same waterhole . 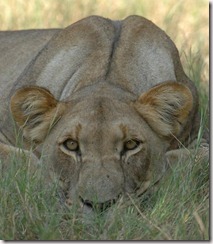 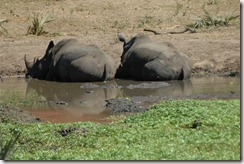 Returned to camp for breakfast and spent the rest of the day around the pool as it was pretty hot .

Visitor at the pool 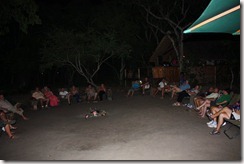 Left after a late breakfast for Tartaruga which is just north of Ponta Molangane . The border crossing was very quick and easy , and didn’t take us more than fifteen minutes which was a nice surprise .

But Mandy was also ripped off by the visa guy. As she is travelling on a UK passport , she had to pay about R700 for a visa. He then said that the computer was broken so he couldn’t issue her with a receipt . I didn’t think to check her passport , and when we left Moz on Sunday (via a different border post) , I discovered that no visa had been issued in her passport. Fortunately , after much debating the immigrations official stamped her passport and let her through . Not sure what would have happened if we had been pulled over by the cops somewhere .

Spent the next two days pub crawling and shopping,as the sea was too rough for the dive boat to launch . 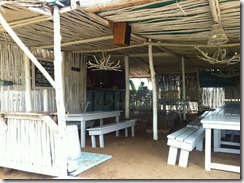 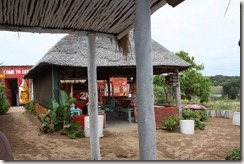 Come to see restaurant and bar

Where we invented Rum Robots. From left to right : Rum and Rasberry, Rum and Fanta Pineapple , Rum and Creme Soda . 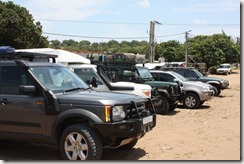 Where we bumped into this bunch

Below are some shots of our accommodation at Tartaruga 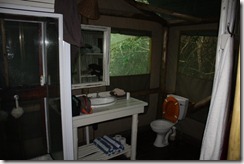 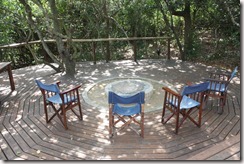 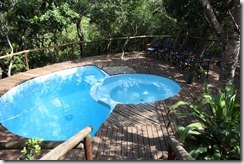 Some of the group headed home , but we continued on to Mbuluzi Game Reserve in Swaziland , where we stayed in one of the lodges overnight .

Due to quite a lot of rain overnight , we had some interesting driving up until the border 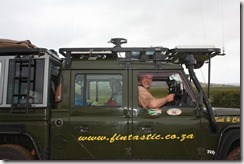 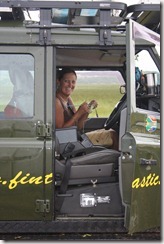 Some people will knit anywhere 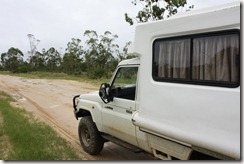 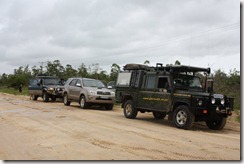 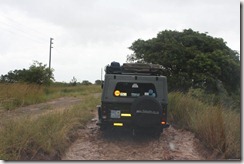 Some pictures of Ingwe Lodge 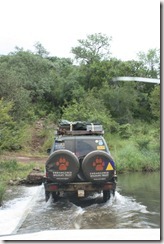 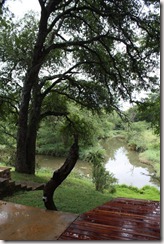 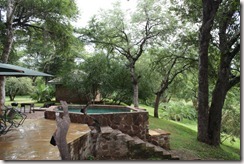 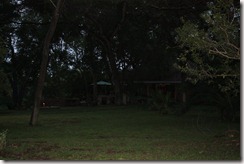 I would like to thank Bud and Cath for organising this very special (if soft) trip , which gave us a good mix of surf and turf and was only just over 1400 km of travelling. Also the accommodation was excellent for what we paid.

I must make sure our next trip is hard-core bush camping , so that we don’t get too used to how the rich and famous do it